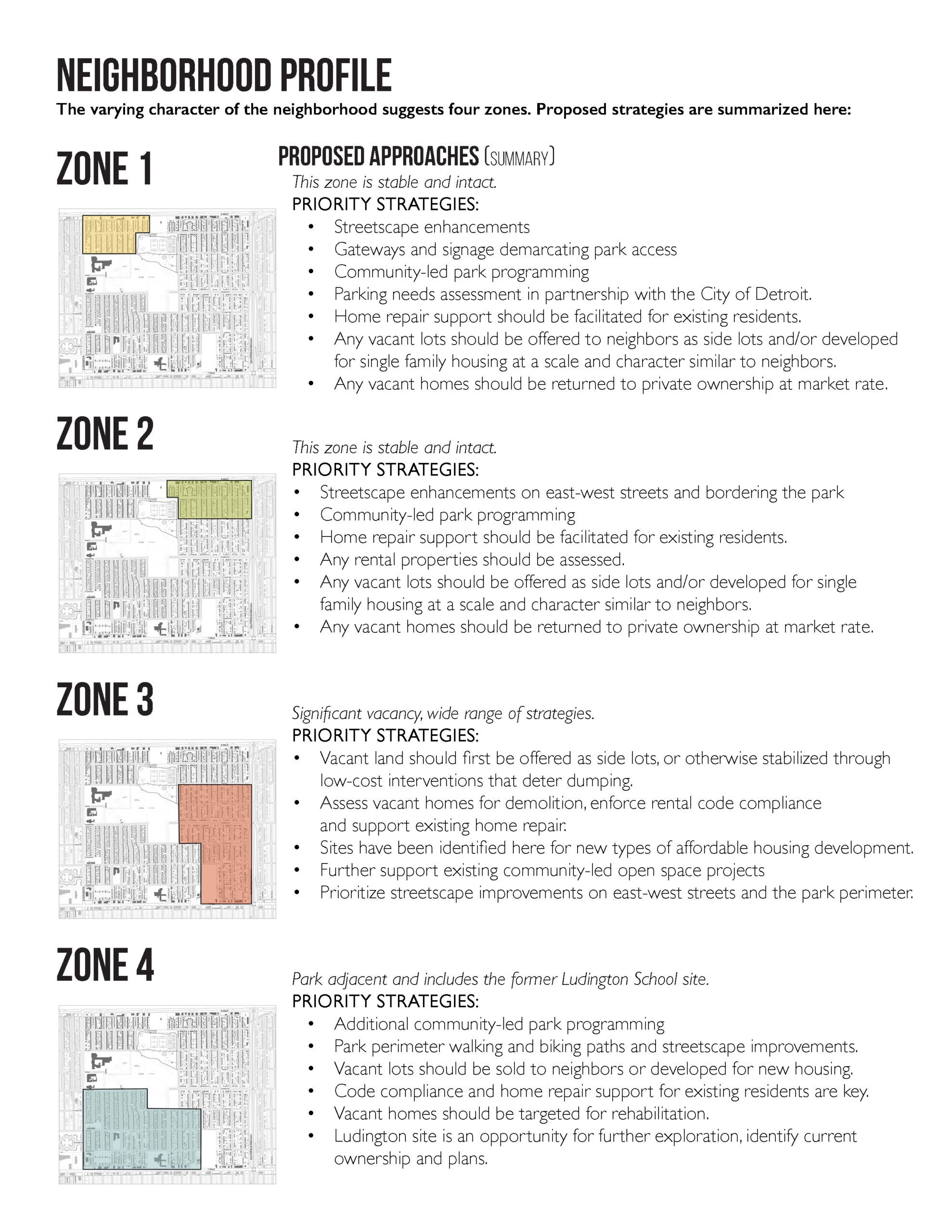 The Neighborhood Development Project, formed in late 2020, was a subcommittee of the Development Committee. When our Board reviewed the Housing and Neighborhood plan assembled by the DCDC and adopted its recommendations on September 8th, we agreed to establish 2 committees outlined in the land use strategy focused on housing and parks.Following the contract established with the Detroit Collaborative Design Center (DCDC) at the University of Detroit Mercy in October 2020, the NDP met every other Wednesday morning from January -July 2021. Also, chaired by Father Don Archambault, Committee members included past and present OHPCA board members, representatives from the City of Detroit’s Department of Neighborhoods, Housing and Revitalization, Planning and Development, Thomas Consulting Group, New Hope Community Development Non Proﬁt Housing Corporation, Exo 313, and Detroit Block Works.

Together, the NDP subcommittee and DCDC implemented a community survey in February to which more than 100 O’Hair Park Community members responded with feedback on how the future of housing, neighborhood, and parks evolve within our square mile. This information shaped the O’Hair Park Neighborhood and Housing Plan, released in July 2021. In August of 2021, the OHPCA board adopted the plan to guide the development of 2 subcommittees focused on housing, parks, and the Neighborhood Improvement and Issues Committee.

How can I help?
Next